Few shows back I worked with a young gentleman named Alexander Strain. He has been making quite a name for himself all over town. He is nice, personable and quite talented. But there was always something at the back of my head that made me think there was something not quite right about the boy. And then it occurred to me he was another one of those British guys. Now I think I have made my feelings quite clear about British actors coming to this country and taking our theater jobs and women. Them with their manners and strange pronunciation of the word banana.

Yet thanks to people like Alexander and even Hugh (God bless him) this great-grandson of Irish immigrants has learned not just to tolerate but to love every hair on their footie loving heads. To embrace their love of strong smelling cheeses

and their tendency toward trash talking the French (a people who in my opinion are the most reasonable level headed people in all of Europe.) So I greet you in your native tongue when I say, "Welcome Alexander Strain!" Welcome indeed.

What do you do in Bright Room? (ie: Role, Crew, Direct, Design)

I'm playing Gregor Bazwold (Baz) an employee of the Berlin Institute for Human Sexuality and a close friend of Agnes Eggling.

Oh, and I'm fulfilling Rorschach's quota of allowing at least one immigrant to perform in each of their seasons. (Editor's Note: Rahaleh already met the quota for the year in Fair Ladies. Thank you for your paranoia. Rorschach does not consider citizenship or place of birth when casting.)

What has been the coolest thing that has been discovered while working on the play either by you or someone else?

Truly, while also being unabashedly sentimental, that Rorschach is a nice place to work.

Tell us something about either your role or your design or how you are helping.

Gregor is an anarchist. An advocate of responding to emotional and physical stimuli over the crippling qualities of intellectualism. If he had a mantra it would probably echo sentiments of "If it doesn't feel right, it probably isn't". He's decidedly homosexual and celebrates the retrospectively fragile open-mindedness of 1930's Berlin with unbridled enthusiasm. I relate to his idealism and hopefulness.

Where have you worked previously? 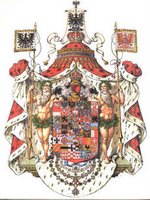 Theater Alliance, Forum Theatre/Dance, Washington Shakespeare Company, Signature Theatre, The Kennedy Center, and various theatres in New York that noone has ever heard of but are important to me, including Ailanthus Theatre Company, Theater for the New City, The Blue Heron Arts Center, 7th Sign, and Gestalt Theatre Company.

Finish the following sentence: Rahaleh as a director is evocative of the Prussian empire.
Posted by DCepticon at 7:49 AM

we're taking back the empire. one step at a time.