Cam Magee has been one of those people who has come to Rorschach with a pocket full of miracles for all of us. Her work dramaturgy on Beard of Avon and her work with the cast of Fair Ladies on verse this season has been far above and beyond anything we could do for her. This time she trades in her well worn shoes of dramaturgy for a pair of acting shoes in Bright Room. She took some time to answer my five questions and here is what we got. Look for more of these tomorrow.

Only for you would I do this.


What do you do in Bright Room? 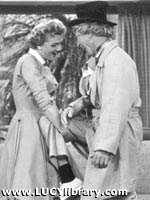 Gotchling is the "Carolyn Appleby" of Bright Room.

What has been the coolest thing that has been discovered while working on the play either by you or someone else?

1. How well everyone is suited to play their characters. I look forward to going to rehearsal just to be with this cast.

2. DaDaism. Hannah Hessel (dramaturg) suggested I look at Hannah Höch's collage work in the National's current exhibit in order to understand Gotchling's art . The exhibit has been beautifully curated. I had no context for DaDaism until I saw the exhibit and the context is World War I. WWI maimed and fragmented the DaDaists' lives. They made their art from fragments. 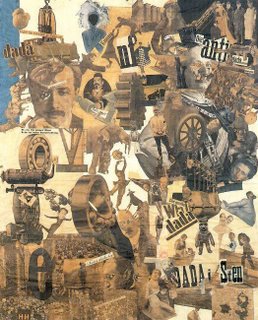 Tell us something about your role.

Where have you worked previously?

Finish the following sentence: Rahaleh as a director is NOT letting me get away with jack.
Posted by DCepticon at 11:36 AM