You may notice that there was no posting for Day 3. Well we're non-linear and that's just how we roll.

It's an exciting weekend at Rorschach...

1) Last weekend for DEAD CITY - only 3 shows remain of Sheila Callaghan's remarkable, electric play. Don't miss this show...
2) It's zombie night night tonight for LIVING DEAD - come dressed as a zombie and get five bucks off your ticket!
3) And of course 2 showings of MYTH APPROPRIATION: 15-minute epics. Beowulf meets Tarantino, The Mahabharata meets punk rock, the gates of hell open on earth. You can get your tickets to MYTHap and all our shows by clicking here now.

But for now, let's have Yasmin Tuazon release her inner blogger. Yasmin - Rorschach company member, Scheherezade in 1001, and cast member in RESEVOIR WULFS, Qui Nguyen's adaptation of BEOWULF, just one of the 5 plays premiering in MYTHappropriation this Sunday... 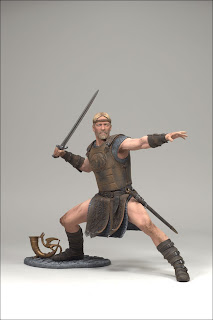 Greetings from a holding cell someplace in southern California. The Feds won't really specify where we are.

Let me say - and I know this is a controversial issue in contemporary American theater - that every rehearsal process should include some Tarantino. Qui Nguyen, author of the zombie-tastic Living Dead in Denmark (still running thru Aug. 23), has filled a longstanding hungry void in theater with his mini-epic, Reservoir Wulfs.

Because who was the biggest bad-ass of the mead hall? You bet your Fruit Brute that it was Beowulf. Picture it. Some wannabe gangster - calls himself Grendel - busts into your syndicate and starts eating your men. And I'm not metaphorical here. Literally. Eating. Your men. Now these were the days before the semi-automatic weapon, so typical defense protocols of the time were not equipped to deal with a monster who eats motherfuckers. They had to call in a specialist.

Enter Beowulf, with a sword worthy of Hattori Hanzo and the skills to back it up. Someone willing to go medieval on Grendel's ass, before the Middle Ages even existed, and tear off Grendel's arm. (This isn't confirmed in the actual text, but they say that Beowulf took the arm home, hung it over his entertainment system and used it to display hunting knives.) Someone willing to go to the bottom of a lake and behead Grendel's mom. Shit that makes the Yakuzi syndicate and the Crazy 88s look like a cupcake party. 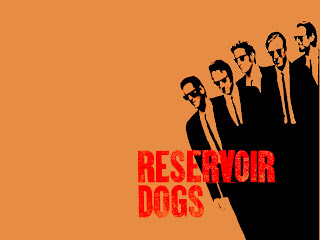 Now if you were to look to who produces the Beowulfs and revenge epics of today, it's Quentin Tarantino. But as we know, bad-ass is not just something you put on like a pair of bedroom slippers. It's a way of life. So director Akiva Fox could have been content to let us watch some clips of Kill Bill , Reservoir Dogs , Pulp Fiction and Jackie Brown on YouTube. No. That's not Akiva's style. I saw him shoot three dudes in the face on the way to rehearsal. If we were gonna do this thing, we were gonna do it.

We started with a taste of Reservoir Dogs, which serves as the main inspiration for Qui's masterpiece, and cut up some poor schmuck to a soul-stirring classic in an empty warehouse. Except in the spirit of Beowulf, we cut off his arm as well as his ear. Then we took him to the bottom of a lake and cut off his head. Let me tell you, wielding knives in water is not easy. But body disposal and evidence removal, supremely efficient. The real Wolf (aka Harvey Keitel in Pulp Fiction) would have been proud.

Then we went for breakfast. I had pancakes. Cesar had eggs over easy, turkey sausage and biscuits. Jenna had creamed chipped beef on wheat toast. Akiva had the Greek omelet special with home fries. We talked some shit and tried to feel good about our work. But somehow, we were unsatisfied.

That was when Akiva realized - and this is why he's the director - we were going through the motions of some bad-ass shit without capturing the inner lives of the characters. That's why the dialogue sounded flat as we tore that dude up. And thus, we all embarked upon what I suppose you would call - a spiritual quest.

Jenna Sokolowski, aka Sister Girl, is in Japan on a samurai sword/motorcycle intensive. She has to slice her way back to the States. Last I heard, she'd gotten through Osaka. She recommends the yakitori there.

Cesar Guadamuz, aka Mister Mister, is running some unspecified, um, business out of a dive bar in Nevada. But the last message he left was something about having pissed off the leader of a cocaine ring, and he was on his way to "sort some shit out," along with the address of a storage unit in case we don't hear from him within 72 hours.

I, your Lady Hotness, was on my way back from my third - yes, third - run of gun money from Cabo to LAX. Viva Aeromexico. Please fasten your seatbelts and I will be around shortly with a selection of soft drinks. But damned if they didn't get me in customs.

And Akiva, aka The Director, is procuring an impressive selection of first edition Go-Bots. As impressive as Go-Bots can be, anyway. [EDITOR: for Gobots reference, see video below]

So who knows if any of us will actually make it back for the performance on Sunday night. But if we do, there's gonna be blood, it's gonna be bad-ass, and we're gonna inner life the shit out of it.