MYTHappropriationV: Day 5: Zombies are people too

Guest blogger Matt Ripa joins us today... sorry to be posting it a day after he wrote it! Matt is directing NARCISSE, John Newman's adaptation of a real honest-to-god true Zombie story...

Get your tickets now for MYTHappropriation, playing TONIGHT at 6pm and 8pm and before you come see it, stop by either DEAD CITY or LIVING DEAD IN DENMARK. You can see a show and MYTHap in one trip to Georgetown! Get your tickets here. 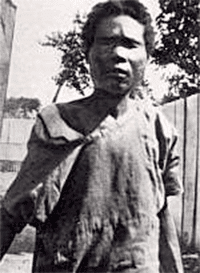 ***
Being a zombie sucks. Really. Having to travel all over the world searching for brains to eat. In our zombie story, Claire has been wandering for 16 years searching for her sister, the only person who can verify that her story is real. Suprisingly enough, this play is based on a true story in Haiti, in which a man was pronounced dead, buried and then many years later, he shows up looking for his sister. It was confirmed that he was actually dead and his death certificate was signed by his sister. Here he is, Clarivius Narcisse.

Check out the story here,
http://www.time.com/time/magazine/article/0,9171,952208,00.html
Rehearsals have been going great. Our team has been tasting and trying a lot of different zombie powders and soul powders. It turns out that FunDip is the best for soul powder. This came after some pretty hilarious trials with Sour Patch Kids powder. Tech today went really well and the artistic/tech team was awesome. The cue to cue went smooth and we are excited about the shows tomorrow.
Posted by Randy Baker at 9:29 AM