Left the theatre last night after showings of both DEAD CITY and LIVING DEAD IN DENMARK and there were two rehearsals for MYTHappropriations just beginning. If nothing else, the sheer lack of sleep on this project will make for some exciting work!

Today we hear from Guest blogger Josh Goode, Director of Shaun Raviv's YOU CAN'T FORGET A TREE. Josh was also the Assistant Director on LIVING DEAD IN DENMARK!

Tickets for DEAD CITY, LIVING DEAD IN DENMARK, and both rounds of MYTHappropriation can be purchased by clicking here. 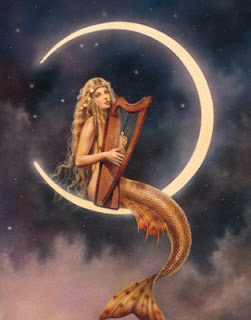 What do the Odyssey, an elaborate series of Illusions, and a drug addict all have in common?

All things being explored in Shaun Ravivs, “You Can’t Forget a Tree”, an exciting adaptation of the Myth of the Sirens Song premiering at Mythappropriations V! For those of you who are eagerly waiting this round of Myths turned on their heads, here’s a little preview of what we’ve been up to exploring Shaun’s exciting new work.

Shaun’s adaptation shifts the focus of the myth of the sirens and shows us the world of someone whose been trapped and can’t escape. Much like a modern day drug addict, Odie, the tragic center of our story is plagued by an itch he can’t scratch and a thirst he can’t quench, the yearning to hear the sirens song one last time and we all know what happens when the Siren gets her grasp on a young man. The chore of keeping him from delving back into that addictive melody falls on his sisters Laurel and Perry, but like any other drug, it isn’t that easy to quit.

There’s the summery, and we’ve been having a great time with it. We spent most of Wednesday exploring the text and connecting to the ideas of the play. We lucked out in that our playwright gave us a piece that fits well within the time limit, giving us the freedom to stretch out certain moments. For a quick 10 piece however, it packs a whole ton of questions for us to piece together for our own understanding. After a very quick chatting session, we jumped up to our feet and started to find the best ways to express the various rich elements of the script. The highlight of the night was watching our big and strong cast member Theo, who is playing the Siren addicted Odie, being held back by the two significantly smaller women playing his sisters. I think he might have been holding back or we might have had significantly more injuries. As the night went on it seemed like with every turn we found a new question, until eventually we started to wonder….what if the Siren wasn’t really the bad guy?

And for the answer to that, we’ll see you Sunday. 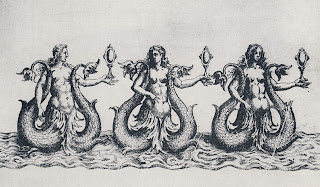