Last night was the workshop for MYTHappropriationV and let me tell you, we've got some crazy plays this time around. Man-Eating Monkeys, Pig-Sailors, Zombies and death by bacon grease... it's going to be a wild ride. Don't miss a minute of it... get your tickets for MYTHappropriation now! 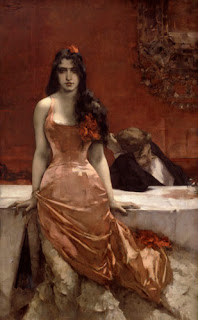 But aren't all men pigs? It's one of many questions that playwright Stephen Spotswood is puzzling out as he adapts the myth of Circe for the Rorschach stage.

K. Clare Johnson is our Circe incarnate, and she's joined by fellow actors Christian Sullivan, Julia Proctor, and John Tweel in Spotswood's take on the tale. Last night we spent a while reading the script, chatting about the ways in which the contemporary mashes up with the mythic (always a plus in adaptations) and we finished off the night in a table workshop with Randy Baker himself, alongside a veritable thinktank of other directors, writers, and designers.

To report what we're up to would be a crime, especially for an 8-12 minute show, but you may have guessed that there will be some zoomorphic plot twists, some blurring of the lines between human and animal... some "ensorcelling," if you will, and a bit of a power struggle among those with the power to piggify and those without.

Over the next few nights we'll be rehearsing in a 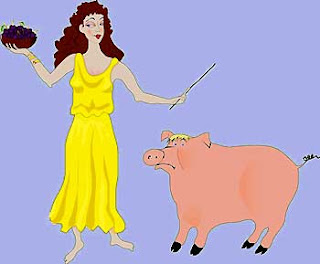 living room in Woodley Park. The neighbors might wonder who's thumping around and casting the spells next door, but that's a price we're willing to pay. Our next-door antics might even intrigue them enough to join us in the Gonda Theatre on Sunday.

Stephen went on an epic journey of his own last night in creating Draft 2 of our show. Now it's time to stand it up and see what happens. Join us on Sunday evening for the bizarre and hilarious final product!

Love and swine,
Hunter Styles
Director
Posted by Randy Baker at 8:56 AM