I know you guys love it when I go off topic but I will do it any way. I present the following in the list style pioneered by our Big Brother Blog the Dceiver.

1. Following up on the comments left by Marc "Moon Knight" Spectre regarding whether 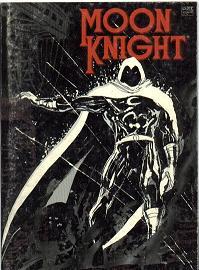 fairweathfordfriend comment on needing to know which shows Grady would be involved in because they needed to schedule their vacation:

Marc, if that is your real name, which I doubt but cool screen name either way, fwf was of course saying that they did not want to miss Mr. Weatherford if he was going to be on the Rorschach stage. Speaking as someone who knows Mr. Weatherford he would have probably have preferred it if the opposite were the case.

2. This comes to us by way of Co-Artistic Director Randy Baker, who as many of you know will be directing Season 7's upcoming Monster by Neal Bell. It turns out that they have trouble not having their shows reviewed in Chicago. Randy forwards us a letter written by the Dramatists Guild of America, where in they take the Chicago Sun-Times to task for publishing a review by Hedy Weiss.

What is the problem you might be wondering? Well Ms. Weiss

reviewed 8 musicals that were being workshopped at Stages 2006, something she was specifically asked not to do. For those of you not aware of what a workshop is supposed to be, it is where playwrights, and composer in this case, get to see and hear their show in front of an audience for perhaps the first time. These are not finished shows. For Ms. Weiss to review the show it would be like an art critic coming in and critiquing the Ceiling of the Sistine Chapel when Michelangelo had just started mixing his paint.

Here is the link to the letter from the Dramatists.

Here is a link to the review by Ms. Weiss.

And then take a look at what some American playwrights like Tony Kushner, Marsha Norman, Christopher Durang, Edward Albee and many others said about it here.

3. This weekend there will be a Page-to-Stage Reading of Rorschach Season 7 Show Number 4 this at the Kennedy Center, Wendy Maisel's birds. Here are the details:

A woman caught between her past and the present she has made for herself takes a ride into the city’s underbelly when she gives a homeless man her lover’s coat. A series of unbelievable events are set in motion that at once are at once magical and at the same time grounded in the realities of modern-day New York. Jennifer Maisel’s adaptation of a Grimms fairytale is a dark circus of lost lives and magic charms where the homeless man, the prostitute and the stockbroker are inextricably intertwined.
Posted by DCepticon at 6:24 AM