Now I want a Pony 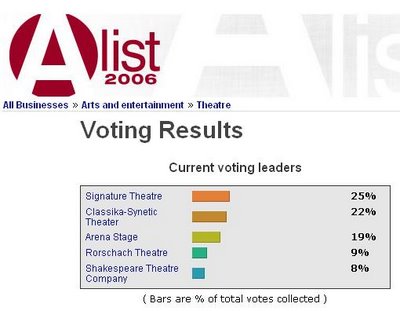 See this is what I call action people. When I posted the first notice about this little experiment in being the popular kid, Rorschach wasn't even in the top five. Then we knocked Roundhouse off the list. Second time I mentioned this I told you all I wanted to move ahead of Shakespeare Theatre and once again you all delivered. Thank you! Special thank you also to SAS over at City Mouse for giving this groound swell a plug. If you have never visited City Mouse do it today.

Now today is a Friday in August and our readership falls like a Led Zeppelin on Fridays so I am expecting no miracles, but a big little boy typing on Wisconsin Ave. can wish, can't he? Here is my 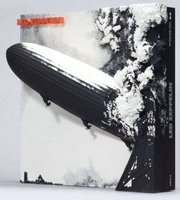 wish, I want to eat into Arena's 19% as much as possible between now and Monday. I know all of you have at least one or two extra email addresses you use when you are entering forbiden sites. I want you to use them all. You may be asking yourself is that fair? Voting twice isn't that some sort of violation of the spirit of our Constitution? Yes, in fact I feel it is very fair. I feel it is the fairest thing any of us can do. Look at the competition people do you think Synetic is relying on the precept of one man one vote? Do you know how large the subscriber base is at Arena and Signature and Shakespeare? We at the little theater that can are merely using all of the tools in our box people.

So if you haven't voted people vote as many times as you possibly can. You know the drill follow the link and then make those big theaters pay for every time they haven't called you in for a show you would have been perfect for. Make them pay for every lame ass show they have ever put up just because the tourists will love it. Make them pay for every Helen Hayes nomination that they stole away from you and the $100 budget you had for costuming a cast of 15. And then we will know who truly is better at fixing an election.
Posted by DCepticon at 6:16 AM