Get to Know Shirley Serotsky 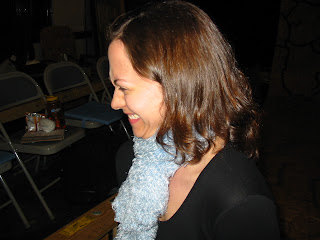 It was not meant as punishment that I held onto Shirley's answers so long, but with tech, opening and reviews coming out left and right, our Get to Know feature seems to fall by the way side. I still have more people for you to meet and there will be more of these features I promise, but when there is so much other material to fill these pages, I have to wait for just the right time to dole this stuff out.

I am not sure how Shirley will feel about the picture to your right. I think it is a cute picture of a serious director. Sort of like the one where Einstein is sticking his tongue out.

I have been lucky enough to have known Shirley socially for a couple of years now and I have looked forward to working with her for quite some time. She has worked at a lot of my favorite theaters around town including Catalyst where she is a company member. Her direction of Titus: The Musical is still one of my favorite nights of theater ever.

I think I speak for all the cast (and if I don't they can get their own blog) that Shirley has been the cool calm center that has made References to Salvador Dali Make Me Hot such a joy on which to work.

She has written a little prologue to her answers, so enjoy!


I've already annoyed Scott by taking too long with these. It's particularly annoying because on the first day I took him aside and told him how excited I was to fill out a Rorchach Blog survey. "I feel like it means I've arrived! Somewhere, at least. Yes, surely I've arrived... somewhere." I said wistfully. My eyes misted up. Randy put his hand on my shoulder.

"Ummm, can we finish reading the first act now Shirley?"

Now it's taking me a really long time and Scott's all like, "Just where the hell HAVE you arrived, Shirley?"

1. What is your job in References to Salvador Dali Make Me Hot?

2. Have you ever worked for Rorschach before and how?

I directed a reading for the Magic in Rough Spaces series many moons ago. I also worked box office once for Master and Margarita. By the end of that night I had a 104 degree fever and felt worse than I've ever felt in my life. But it had nothing to do with the show.

3. Do you have any recurring dreams and if so what are they about?

Not recurring. I have only recently been remembering dreams again. I had one where I was in a theater watching a show and I took it upon myself to shush the group of patrons who were noisily practicing cheerleader routines towards the back of the house. Like--entire cheers. Only a matter of time before we see that one. 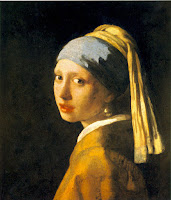 4. Other than Dali which painters turn you on?

Rothko for color you can get lost in. Chagall for his exuberance and because I love flying people. Edward Hopper for his story-telling. Vermeer for his use of light. Kahlo for her willingness to transform pain into exquisite beauty. That said I would never turn down the chance to visit a Picasso or Van Gogh museum.

5. Have you been doing any special research for the show?

Our fabulous dramaturg Jackie compiled a packet with research about everything from the mating habits of coyotes to the mythological significance attached to the phases of the moon. Rivera puts a lot in this play for us--he's cooked up a really scrumptious hot pot of history, myth, ethnic identity, early 1990s politics, with lots of sex and heart break for good measure.

I did watch The Motorcycle Diaries, for which Rivera wrote the screenplay. I have a number of other films on the to-do list. Also been reading about the current war and accounts of Iraqi soldiers experiences. Of course--the Persian Gulf War was very different--but there are obvious parallels.

I've learned some about Puerto Rican history. I could certainly learn more. I learned how to say "cono" and what a "piso" is. I had plaintains the other day. To be honest--a play like this can be overwhelming. I mean, what business do I--awkward white girl --have directing a play about puerto ricans from the bronx? And yet I do think there is a universality to great stories. Rivera has spoken pretty extensively on this himself. About playwrights breaking free from their own calling cards of identity to write about themes and communities outside of what is familiar. These characters are much more connected to their impulses than I am. They love and fight and kiss, relentlessly. I love this world. I am honored to be allowed in.

Wait, what was the question?

6. Who is the biggest celebrity you have ever met and how? 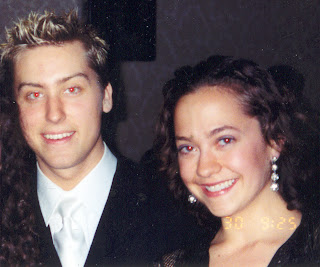 Some people already know this story. I'm hoping that someday it will get me on the Tyra Banks show.

In 2000/2001, the year before I moved to DC, I worked for an out-there Rabbi who for that year served as something akin to Michael Jackson's spiritual advisor. So I hung out on a number of occasions with the King of Pop. I flew to England on his buck. In the long run it was all very sad and a terrible taste of celebrity. Everything felt empty and wrong and to a degree it's why I re-committed to the theater.

The first time I met him he told me my smile reminded him of Jennifer Lopez. We were in an elevator on our way up to Shimon Peres' hotel room. How's that for surreal? That same year I met William Hurt (very sweet), Al Sharpton (not nice), Judith Regan (even worse), Elie Wiesel (quiet), the women who wrote The Rules (very skinny), Uri Gellar (can anyone tell me what he is famous for without looking it up?) (Editor: Yes Shirley I can. Spoon bending mostly with a smidge of mind reading. I know this because 70s pop culture is a curse I wear around my neck like a gold chain.), and of course--Lance Bass. There were others. It was bizarre.

Since then I've avoided the cult of celebrity. I did stare down Larry David at the Kennedy Center, willing him to speak to me. It didn't work.

7. In a steel-cage-no-holds-barred-death match which character in Dali would win?

8. Who do you kiss in the show? (director and stage manager feel free to answer this as well)
I keep making the move on Cecilia but she remains unwilling. 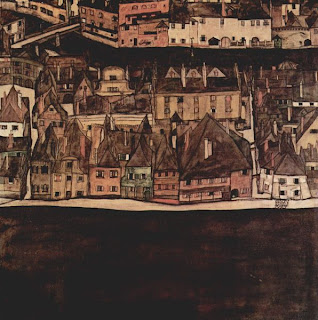 9. If you could live inside of any painting what would it be?

I’d like to be in one of Egon Schiele’s landscapes (e.g. View of Krumau) because I would love to be hanging out in the Czech Republic right now. Or Desnudos en la Playa by Jose de Togores because I’d like to be happy and naked and on a beach.

My obvious theme song answer is "Greetings to the New Brunette" which has fabulous lyrics ("Your sexual politics have left me all of a muddle--we are joined in the ideological cuddle") and sounds even better when Dan Frith gets drunk and sings it to me with a Billy Bragg accent. But despite the refrain, it doesn't really get me through the day.

So here I'm all coming up with an entire sound track, in no particular order:
* Teenage Feeling - Neko Case
* Holding to the Ground - Bill Finn
* See The World - Gomez
* Radio Song - Regina Spektor
* Oh What a World - Rufus Wainwright

And since these all speak of longing and survival and finding wonder in the world, I would say they fit the play pretty well, too.

Posted by DCepticon at 6:21 AM

Labels: Get to Know, References to Salvador Dali Make Me Hot, Shirley Serotsky