Get to Know Jose Rivera

Never had a playwright answer one of these. Never had anyone who was nominated for an Oscar 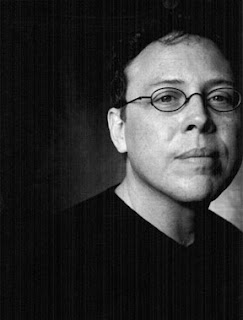 answer one of these either. Never had anyone who was friends with one of the Bosom Buddies.

But since Jackie is the one who scored this one I will let her word do the talking as it were. As we pose our 10 Questions to playwright Jose Rivera, author of References to Salvador Dali Make Me Hot.

How are you? How is your play going? I hope well! I just had the best idea! Read on ...

For each production, the folks at Rorschach put together a list of questions that allows the public to get to know the cast, designers and production folks. Once we fill it out, they put it up on their theatre blog. If you have time to fill this out, it would be quite a treat for the Rorschach folks!

Let me know what you think and take care!!!

1. What is your job in References to Salvador Dali Make Me Hot?
... writer?
2. Have you ever worked for Rorschach before and how?
... not that I can remember unless it was a former life.
3. Do you have any recurring dreams and if so what are they about?
... for years I was haunted by a dream in which I was in an old haunted house and couldn't find my way out of it 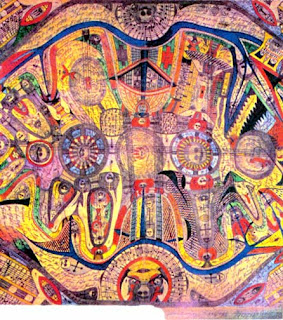 4. Other than Dali which painters turn you on?
... mostly primitive, outsider artists, the art of the mentally insane I love
5. Have you been doing any special research for the show?
... I stole heavily from my brother Tony's life. He was a vet of the first Gulf War. I also explore the disintegration of my first marriage.
6. Who is the biggest celebrity you have ever met and how?
... when I was 22 I was an apprentice actor at the Great Lakes Shakespeare Festival in Cleveland and one of the other apprentices was Tom Hanks and we've been friends ever since.
7. In a steel-cage-no-holds-barred-death match which character in Dali would win?
... Gabby hands down
8. What is the most impossible thing that happens in the play?
... that it gets produced!
9 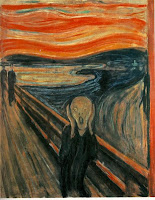 . If you could live inside of any painting what would it be?
... shit, this is too hard ... I love Munch's "Scream"but wouldn't want to live in it ... maybe in one of the sensual paintings by Klimt with all those sensual women.
10. If you had a theme song what would it be?
... oh Christ, I have no idea. Early Rolling Stones ballads?
... good luck!
jose
Posted by DCepticon at 6:21 AM

Labels: Get to Know, Jose Rivera, References to Salvador Dali Make Me Hot