Blessed Be the Ties that Bind 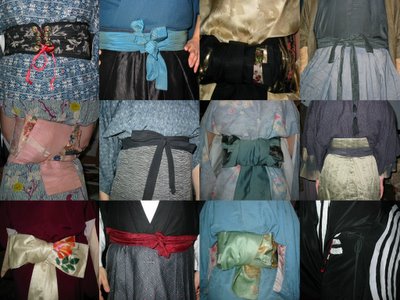 Well fair readers yet another Rorschach production comes to a glorious ending. Above is a photo of the various knots that held our costumes together during the run. Final four performances were some of the sweetest, much the same way that Hollywood's elite would show up for Frank, Sammy and Dean's shows we were graced by many of our own personal Rat Packs. Therefore the funny parts were funnier and the sweet parts sweeter and it was a nice way to leave a very special show. Some people cried, others were to overwhelmed to cry and some tried to cry but found that they had lost the ability because of some government experiments they subjected themselves to in the mid-90s to make a couple of bucks.

We will not be starting rehearsals for A Bright Room Called Day by Tony Kushner (Previews start April 19th) for a couple more weeks but I am going to do my best to give you a little more information about the company members mixed in with some original commentaries as the mood strikes me.

And now because a great cast and crew always deserves a second bow, here were the people who made Fair Ladies at a Game of Poem Cards possible:

Thank you all and remember once you have done a Rorschach show all other theater experiences will seem dull in comparison, for good or bad.

Posted by DCepticon at 6:29 AM