Open Letter to Our Fan Base 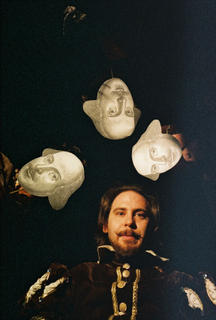 This is your fair warning. The Beard of Avon is going to be a blast and we want you to be there for the rollercoaster ride that will make you laugh and for those of you who cry easily, leak from your eyes a little bit.

Here are the facts:

Will Shakespeare, a country simpleton who longs for something more than his filthy barn, escapes Stratford with an acting troupe only to become an abused bit-player and the unwitting pawn of the Earl of Oxford and other members of the court who use him as a front man for their previously un-producible plays. Smart and funny, raunchy and wild, Pulitzer Prize nominee Amy Freed has created a clever farce about the controversial notions of Shakespeare’s authorship and on the meaning of creativity itself.

Wednesday, Thursday and Friday, next week (October 19th, 20th and 21st). See this show before they turn you away at the door like the snooty French waiter buried inside all of us. No reservations will be taken for these shows, just show up at the door and pay-what-ever-you-can.

This show promises to be one of the biggest things Rorschach has done and I am speaking as a member of the company who was there when we produced The Master and Margarita and Behold!

You won't want to miss this show and I think it is so good you will want to come again, so why not save a couple of bucks the first time and see a PWYC preview next week.

I will have a full report on Monday and promise photos of the set and costumes. Finally.

Posted by DCepticon at 7:03 AM

Asian, angry and amusing
What are you so angry about, Mr. Angry Asian Man? Phil Yu laughs heartily. "People ask me that question all the time," says Yu, a 27-year-old Korean-American who has graced us with AngryAsianMan.com, a personal ...
Find out how you can buy and sell anything, like things related to private road construction on interest free credit and pay back whenever you want! Exchange FREE ads on any topic, like private road construction!