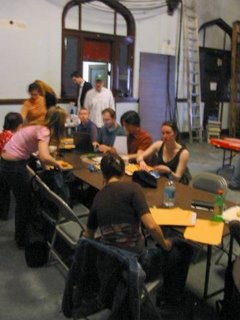 This is a message from Grady Weatherford, giving his impressions of the first day of table work.

So we started table work on Sunday and the discussion was one of the best that I have experienced in this century. For one, the group is full of liberals criticizing themselves. Liberals love to do this, so I was in heaven.

We talked character and read some of the larger group scenes, but one of the main objectives was to get the “this is like right now,” stuff out of the way early. This was, of course, my favorite part of the conversation.

There is one tangent that I would like to discuss, or at least touch, since it will probably come up down the road when someone with a lit/crit degree comes to see the play and then writes about it for a media outlet.

We were talking about Hitler. About whom I have this to say, he was a maniac. A mass murdering lunatic. The actual conversation was about how history has treated Hitler. That he and the Nazi party are a benchmark for evil that no one could possibly match.

What struck me about this conversation was how true it was, and that we had examples of this kind of behavior from the recent past. I take you back to early 2004, MoveON.org was

running a contest for the best anti-Bush ad on there website, and 1000’s of people submitted ads. A couple got through in the first round that compared Bush to Hitler, and the GOP when ballistic, culminating in an ad of there own painting many of the Democratic candidates in the same light (particularly a fired up Howard Dean.) The result was both sides stopped references to Hitler.

Now I will quote The Usual Suspects, “the greatest trick the devil ever pulled was convincing the world that he didn’t exist.” That is exactly what happened. If we can not compare anything to what Hitler did, then it’s like he didn’t exist, like he was the “bogyman” or something. It did happen, and we all have to be concerned with that.

Moreover; it’s more than Hitler. Hitler had a party, he came to power legitimately (at first,) and he did not do it alone. He had a machine behind him, a very powerful propaganda 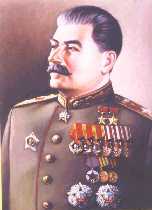 machine that preyed on the fears, insecurities, prejudices, and patriotism of the German people. It doesn’t matter which party or ideology that you hold, this kind of politics is wrong – and it works. It is the very essence of treating people like they are stupid, while making them feel superior.

The early fault of the play, the one that I see as a more legitimate criticism, is that it does not expose the same tactics and behavior exhibited by Stalin in the USSR. Totalitarianism is an in justice whether it happens in Germany, Russia, the Middle East, or the United States.

And this was from day two, just imagine what we will come up with as the production builds.

Grady Weatherford, is Rorschach Artistic Partner and one of the cast of A Bright Room Called Day.
Posted by DCepticon at 6:54 AM