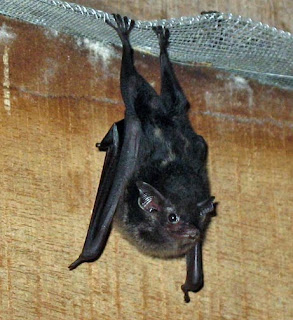 Welcome to our first day of pointless meanderings.
As with any right leaning political blog, we here at Rorschach have dedicated ourselves to spinning facts and rumors into a frothy concoction I like to call fumors.
Fumor #1
Rorschach has postponed their winter and spring productions due to the untimely death of our Company mascot "Roary" the Rorschach Bat. This loveable, yet possibly rabid, nocturnal mammal has delighted Company Members and audiences for years with his antics and adorable screeches in the upper reaches of Casa del Pueblo. Things turned ugly when Roary swooped down during a performance of Kit Marlowe and proceeded to nest in the wig of a patron in the third row. Unfortunately for the patron and Roary several members of a NRA Singles Group were in attendance that night and long story short both Roary and the wig were pronounced dead on the scene.
Our thoughts and prayers go out to Roary and the wig, which we were given to understand was named Gladys.
Posted by DCepticon at 6:16 AM