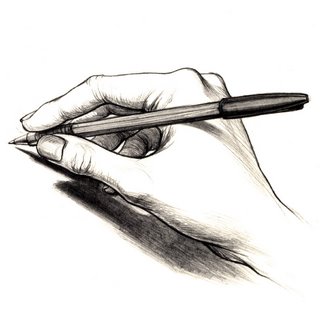 Like the myth about sharks needing to be in constant motion, Theater Artists need to be doing something or they feel like their best years are slipping away from them. The greatest sin among many artists and designers is not to be working on a show. It has even reached the level of cliche, that the first thing one actors says to another actor is, "What are you working on?"

Theater folk as a species are defined by our work. I don't know that much about accounting but I will make the assumption that the level of interest about what another accountant is working on is not as high as that expressed as one performer grilling another.

I have an idea, why don't we all try asking something different for a couple of weeks. With the holidays coming up, why not ask about peoples plans for the holidays, or how their families are doing. If we all just agree not to make the first question after hello, "What are you working on?, maybe we can all relax and not feel the pressure to work so much. Maybe we could actually enjoy one anothers company for a change and not stare at the room thinking they are judging us.

This message is brought to you as a service of Rorschach Theatre.
Posted by DCepticon at 7:38 AM

Thank you, thank you for this message. This one of my biggest pet peeves among theatre folk. The worst is when its sister question is asked when you see folks who just sat in the audience for a show you are currently in, and hang around to inquire..."What are you working on next?"

I do my best to not ask these questions. It is actually very easy to simply ask "How are you?", or "What have you been up to?" This leaves plenty of room to discuss movies, books, family, holiday plans, how crazy cold it got in 3 hours on Friday night, what have you.

I ask sometimes because I worry that I should know what someone is working on and I just don't remember. So I feel like I should ask.

But in theory, I hate this question.

I'm also sometimes a social idiot though. So even simple questions like "How are you?" become stopping points for me. I mean, you really want to know? Do I just say "good" even if that isn't really the case? And does the world want to hear about my favorite podcast of the day, or how filling my Panera sandwich was at lunch, or my concerns that my day job is killing my soul, or about my diabetic aunt doing dialysis in our closet over thanksgiving? Not really. They don't. I know they don't.

I enthusiastically concur. "What are you working on?" is a question I hate having to answer, even when I can answer in the affirmative on some theatrical venture. Moreover, I always feel dirty asking it...and stupid, too. Consider:

--Would this question be regarded as anything other than idiotic in any other field of endeavor? If I asked my coworkers what they were working on, their answer would likely be: "Same stuff as you, dumbass."

--It's like those scenes on every CSI television show, where the guy walks in and says, "What are you doing?" "Oh, I'm running fingerprints against a massive law enforcement database. I do this about a hundred times a week, as do you."

--Also, typically, I find that the question is usually asked by The Underminer (see the book of the same name by Mike Abdo and Virginia Heffernan for a hilarious read that is also VERY revealing...you WILL IN FACT know at least one person in your life you fits the bill). Then you tell them, and they are usually all: "Oh. Isn't that neat? My, you are always doing such neat projects! You don't follow the typical footsteps, do you? Don't work with the typical companies. Just sort of blaze your own trail! DO your own thing! You don't really care if your efforts are noticed or not, do you? Yeah, I really admire that. It must be so FREEING, so liberating to be free of all the trappings of conventional success." I murder these people in cold blood.

--Let's face it, the very fact that you are ASKING ME proves that I'm not important. If I was important, you'd know what I was working on, wouldn't you? Let's just leave it at that.

--Let's face it, the very fact that you are ASKING ME proves that you're not important. If you were important, you'd know what I was working on, wouldn't you? Let's just leave it at that.

Anyway, I could get a lot more honest--err...caustic, but I think I've made myself clear: find a new question, people...it'll prove that your brain has started working!

I know, I know, it's a terrible thing to say. and to be asked. There is no quicker self-esteem drain than to have to justify one's upcoming-project-less existence.

But to be devil's advocate, there is a not-satanistic-desire behind the asking of the question, SOMETIMES.

If I see somebody in something, and I think, 'Wow, they are great!', my next immediate thought is 'Wow, when can I see them be great again??!' Because I love to see shows, and I want to support whoever it is and the company they're working for.

I hate the phrase. Maybe I can replace it with something else, or at least curb the frequency with which it pounces out of my mouth onto some unsuspecting actor. The 'what are you doing next' question seems to be chained to the ankle of all hard-working theater folk, and we won't ever be able to break that sh*t off, even with lasers and ninjas.

Like Gwen, sometimes I'm just genuinely curious what a person is up to, because I think they are awesome and admire their work.

However, I also hate the cycle that this creates- of feeling obligated to see countless shows just because people you know are working on them. Yes, I want to support my friends but often I just need a break from it. In the rare event that I get a night off I want to read a book or drink beer with a friend or go dancing. I want some time to myself that has nothing to do with theatre!

it's not really just the question though is it, it's the intent and the context. if it's the first thing after hello and you don't know them well and that's all they EVER ask and all you ever talk about, then YES, you really want to shake them silly because it feels like frigging ground hog day.

it can be simply be a matter of a lazy conversationalist, because they have no imagination to think outside our little black box. or it can be a way of getting you to ask them the same. or a way to bond about having nothing to do.

all of the above are exasperating.
but in any case when we react negatively, it's really the INTENT of the question and the person asking it that we're bristling at.

but if it's genuinely in the context of 'hey, i know you and appreciate you as a whole person, not just as a show-making machine, and i DO want to know what you're up to' then it's totally natural, isn't it?

i will no doubt continue to ask the question, but i'll also continue to encourage conversations to veer off that well-beaten path. because i'm really much more interested in your dark secrets and dreams and who you are OUTSIDE that black little box.

or that large procenium---the folger, you say?? wow, congratulations ummm . . . can we talk about something else?