Jordan It's Your Birthday 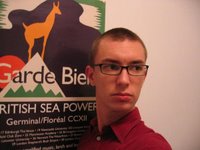 Today is Jordan Suderman's birthday, personally I could think of no more appropriate or cheap way for me to mark the occassion than here on the pages of the Rorschach blog.

What follows is the second in Jordan's dramaturgical exploration of the world of The Arabian Night.

I remind you all that there are two more PWYC previews tonight and tomorrow night of this highly entertaining, beautifully written and produced play. Come for the promise of cultural enlightenment and stay for a thrilling ride up and down the roller coaster of the human condition.

In The Arabian Night, Fatima and Kalil are described as being "Arab," while Franziska dreams about Istanbul. Why Istanbul and not some place in the Arab world? Perhaps Schimmelpfennig is drawing simultaneously on the literary text 1001 Nights (The Arabian Nights) and the German experience with the large Turkish minority. Regardless of his intentions on mixing up the non-western sources, it is interesting to note that in researching the status of Turks and Arabs in Germany, one is hard pressed to come across anything specifically regarding Arabs, or any Arab nationality, as much of the research is performed only in regards to Turks. Without wanting to unnecessarily conflate the two 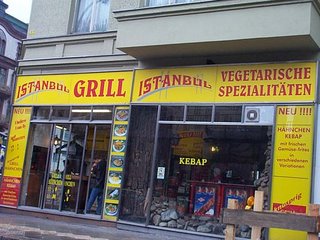 groupings, most of the research was required to be on Turkish identity in Germany, with the understanding that it is likely that the perception of Turks and Arabs in Germany is generally similar, if not conflated.

My approach was an anthropological one, as it linked to course work and research I had been working on for one of my seminars. While this offered a highly nuanced understanding of Turkish identities in Germany, it made it hard to solidify any answers on how Turks, and presumably Arabs, adapt (or do not adapt) to German life. The fact of the matter is that there are a variety of strategies that Turks use to negotiate cultural identity in Germany, and it is not easily divided into those who assimilate and those who do not. Schimmelpfennig's text suggests that Fatima and Kalil are fairly well assimilated into German culture, but this does not mean that they are representative of all Turks and Arabs living in Germany.

For the actors, Rachel Miller (Assistant Dramaturg) and I compiled a list of films and books which relate to varying degrees to issues in or backgrounds to The Arabian Night, most of which involve German-Turk or similar relations. Among these resources are the following films, listed without qualification, though certainly dealing with the darker aspects of German-Turk or European-Arab relations:

Posted by DCepticon at 7:15 AM