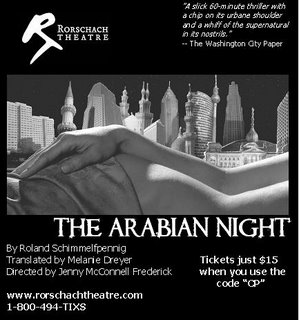 Jordan Sudermann contributes his last essay to the blog today. This time he looks at the German Fairy Tales and their signifigance to Roland and his The Arabian Night. I will be writing one more day before I take off for the Ocean, but remember to help Linkins through these difficult days. See the show this weekend people or I will get cross.

Just a quick note on German fairy tales and the Brier Rose story:

Discussion about the Brothers Grimm and Germany fairy tales has debated the originality of the tales and their nationalistic tendencies. Some argue that they are derivative of French stories, with the addition of the 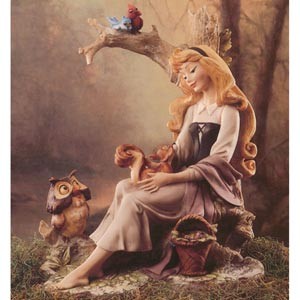 supernatural, while others have viewed them as a genre in their own right, endowed with social commentary. The nationalist spirit of the tales is linked to the formation of the German state and identity, and has been viewed as either leaning towards fascism or reflecting a democratic spirit. Nevertheless, it is clear that they contain social implications and messages, promote a hard-working and industrious spirit, and continue to reflect upon German society today through various appropriations and references. Many German writers since the 19th century have been influenced by Grimms' collections and the literary-fairy tale genre that derived from them. The Brier Rose (or Sleeping Beauty) story is a clear influence for The Arabian Night, and Schimmelpfennig's reliance on the German fairy tale tradition suggests he might be using it to comment upon contemporary (German) society.

If you missed any of Jordan's previous essays here are the links.

Part I - The Arabian Night: Germany

Any chance we will be able to get tickets via an online ticket exchange for theater tickets?