PRAXIS THEATRE AND OTHER TANGENTS

On Saturday night we moved a little farther down Queen Street to see Praxis Theatre’s adaptation of Camus’ Stranger. The space felt a little like an old-time western arcade with a wooden gallery surrounding the large open room. The audience entered on the gallery level and circled the entire performance area before descending into it where there was an alley seating arrangement and a bare stage. 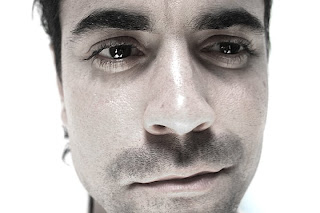 I’ve never been a huge fan of Camus – his nihilism often frustrates me – but the show was a pretty terrific adaptation that seemed written to match the bodies of the performers involved. The storytelling was fast paced and choreographed with intricate precision as it moved backward and forward in time swirling around a man on the eve of an execution. It was as if his mind was left to run amok in the room. From reading descriptions I thought the ensemble acting would remind me of what we do at Rorschach, but strangely I found myself thinking of some of Catalyst Theater’s shows – Arturo Ui and 1984 come to mind. 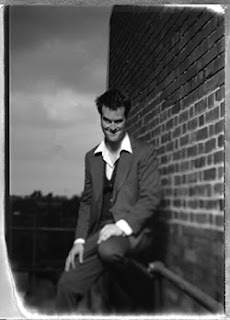 Looking up information it seems like they did an adaptation of Master and Margarita with eight actors in 2006. Lest some of you forget, our infamous production of Master and Margarita seemed to create more war stories than anything we’ve produced. Some day we need to do a series of blog entries on the stories that came out of that production. Watching Praxis perform I have no doubt they were the theatre to tackle the story.

A tangent. Because I love tangents.
It’s strange to see so many theatres our size doing one or two shows a year. They seem to spend many months and sometimes years preparing for their events. It makes me wonder if we here on the edge of Washington Theatre spend too much time rushing to legitimacy, falling into a typical 4-show season, selling subscriptions and the like. I’d like to think that what we do at Rorschach Theatre as atypical, but we’ve also never really thought about varying the model of the season.

The trip to Toronto was a smashing success. Check on back here tomorrow for some final musings on the trip. And then on Thursday we will start focusing our posts on the party none of you want to miss – THE FIRE OF LOVE FETE.

Thanks for coming to check out the show. Hope you had a great time in Toronto!